Building Our Own Traditions 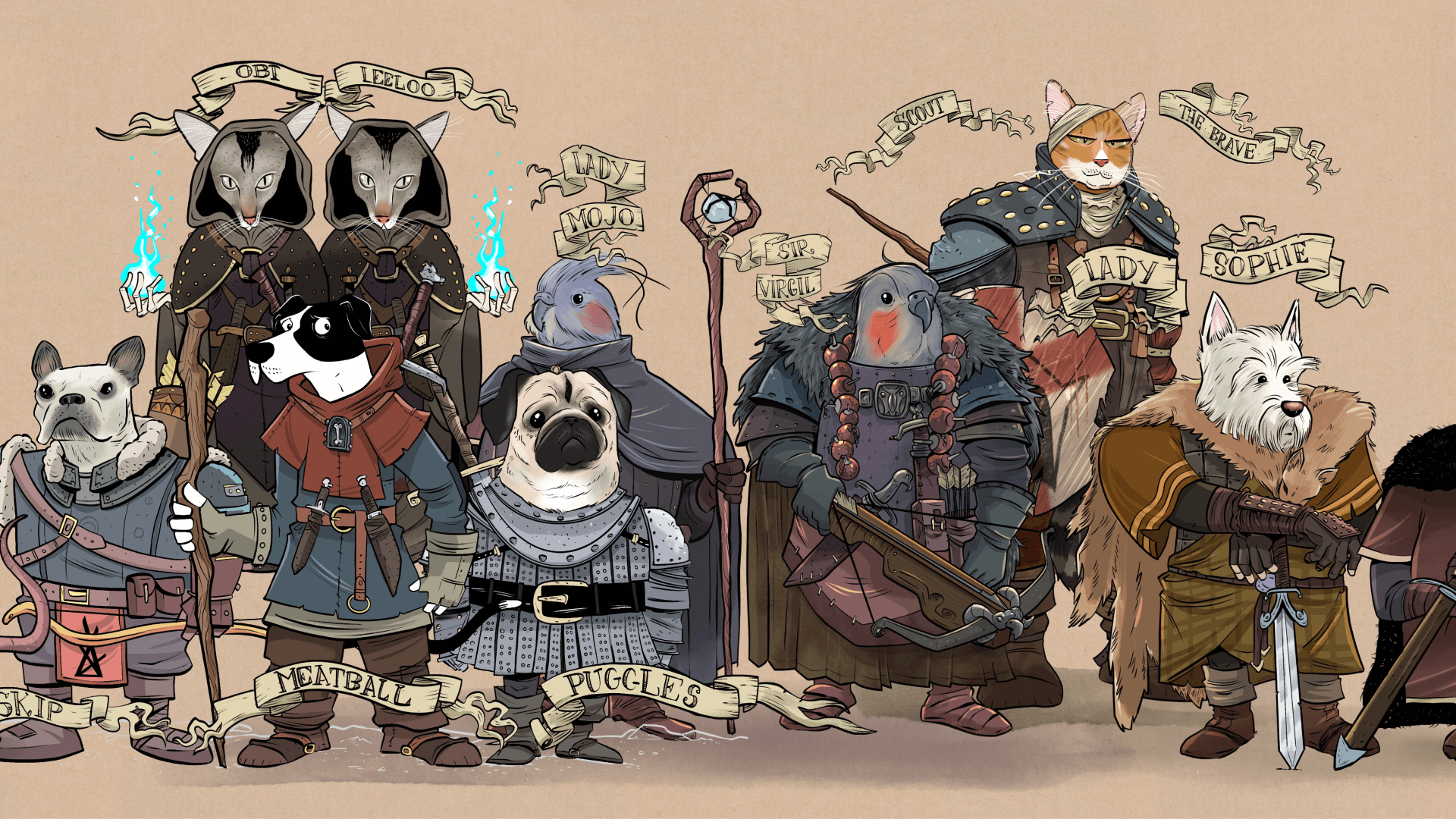 Building Our Own Traditions

One of the unexpected bonuses of starting a studio from scratch is that you get to create your own traditions, and create your own culture. One that reflects the people you work with, and the things they all care about.

At Timbre, one of the things we care about a lot is our pets. Those of us with dogs, cats, birds...even rats, we love them, because they’re members of our family.

Starting when Timbre was just 3 people, and with each new hire, we’d share pictures of our pets via Slack, and would chat about their personalities, and some of the things we went through with them - memorably, Joe told us the story of his cat Scout defending the homestead against marauding raccoons. So naturally, I drew Scout as a battle-scarred, sword-and-shield wielding warrior. Which of course meant, I needed to draw ALL of our pets that way.

That’s how one random conversation, one drawing, turned into a Timbre tradition. Now, every new hire that has a pet gets them added to the Timbre Guild. It’s a random, silly thing, but it turns out to be something that brings us together a little bit more as a team - people, it turns out, love seeing their dogs wielding swords and maces -  which is important while we’re all working from home.

We're looking forward to watching the Guild grow even more in the coming year!

The rich text element allows you to create and format headings, paragraphs, blockquotes, images, and video all in one place instead of having to add and format them individually. Just double-click and easily create content.

How to customize formatting for each rich text

Headings, paragraphs, blockquotes, figures, images, and figure captions can all be styled after a class is added to the rich text element using the "When inside of" nested selector system.

The message, the mission & the manufacture of fun

This is the very first blog I’ve written for Timbre Games, and I really thought long and hard about what I wanted to talk about, and how to balance learnings for myself, learnings for Timbre, and everything in between.