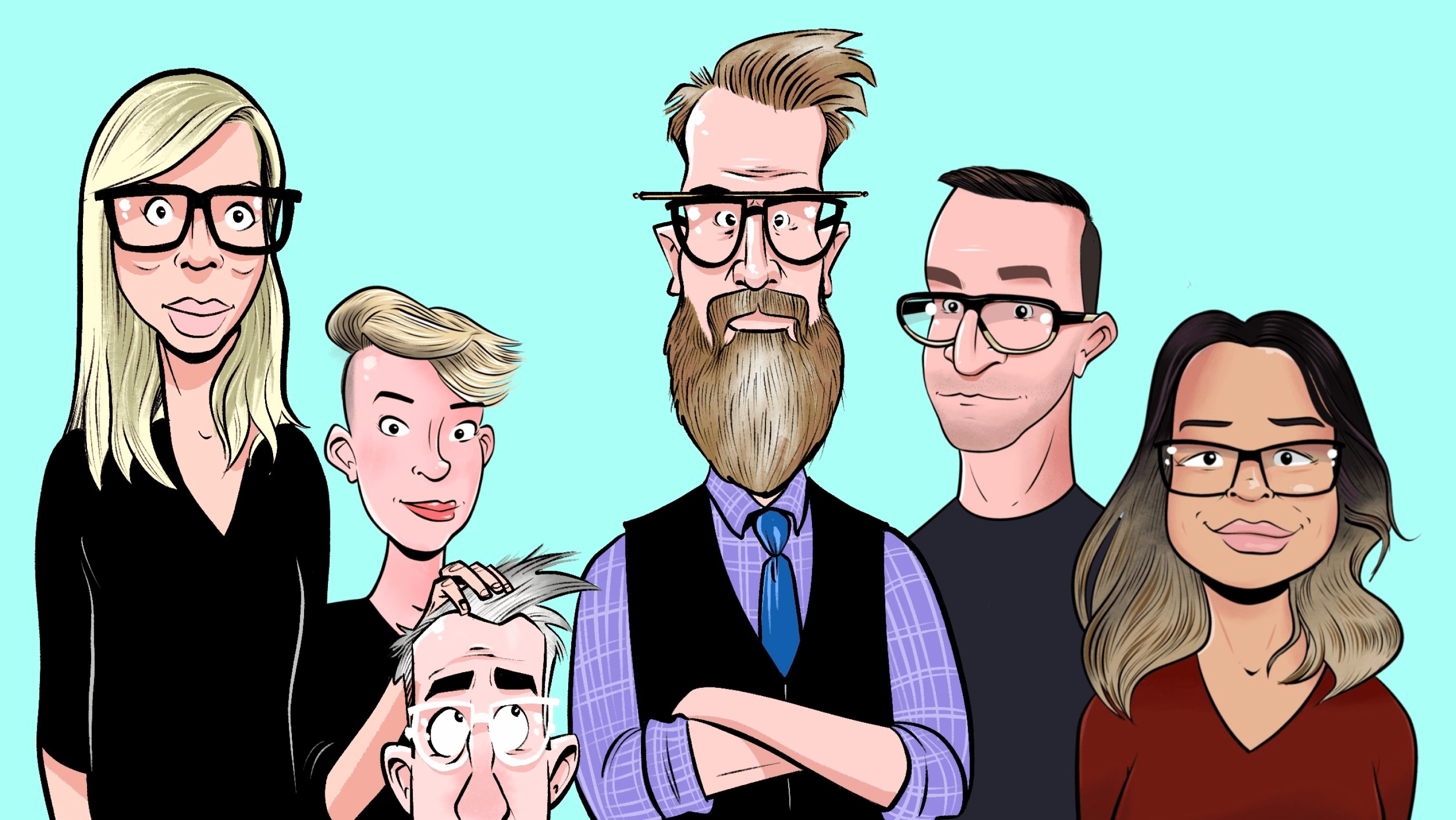 We bring our values into the experiences we make.

Our deep connections to the Vancouver gaming community are at the heart of who we are.

We believe in being a platform for new voices, creating new experiences. 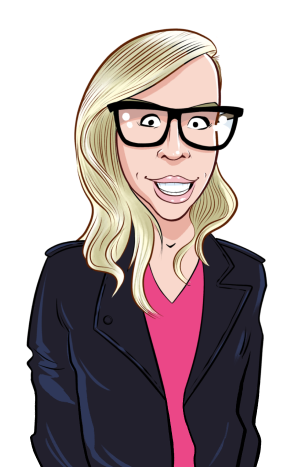 Zoë
Joining Timbre Games as the Studio Production Director, Zoë is bringing her wealth of Production experience, sense of humour, love of video games and passion for diversity, inclusion and accessibility to the studio leadership team.
For the past 18 years  Zoë has held production positions at a range of companies that have spanned working with eccentric artists in the Canadian Rocky Mountains at the Banff Centre, to smaller independent companies to large powerhouses such as Riot Games and Electronic Arts.

Most recently Zoë was the Production Director of the Story Campaign for the massively popular Gears of War series at The Coalition shipping Gears of War 4, Gears 5, Hivebusters DLC and the New Game Plus addition to the Gears 5 Campaign including a best in class update for the Xbox Series X/S.

Zöe launched and co-led the Women in Games employee resource group at The Coalition creating advocacy pathways and community for the women of the studio. She is committed to helping more diverse people enter and succeed in the game industry and finding ways to encourage their voices to not only be heard but listened to, creating an environment where everyone can do their best work.

She is also an avid Wonder Woman fan and lives with her husband and their two cats, Leeloo Dallas Multipass and Obi-Wan Kenobi in Vancouver, BC. 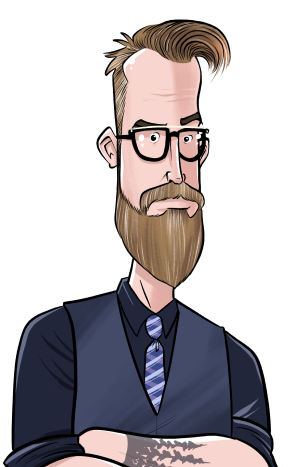 Joe
Joe Nickolls is President and Founding Partner of Timbre Games Studio, bringing with him over 22 years of experience in AAA Video Game development.  Along with a passion for diversity of people and thought, Joe brings a sense of humour and community to the Vancouver market and is driven to set up a centre of excellence in gaming entertainment.
Most recently Joe was the Vice President and GM of Electronic Arts - Maxis, leading the Sims franchise to record breaking results, and a deep focus on both live service and mobile gaming. Feeling the pull of his home country, Joe has returned to Canada to build a new team of the industry’s best people, and together creating a great new company - Timbre Games Studio. For his entire career, Joe has been at the forefront of change, through 4 console transitions and the explosion of mobile.

Joe has worked at some of the biggest gaming companies in the world, and has overseen some of the largest gaming franchises in the industry. Electronic Arts, Microsoft, Capcom to name a few, and titles like FIFA, NHL, The Sims, SimCity, Puzzle Fighter, Dead Rising and countless others.Joe is committed to building Timbre into a new kind of studio for Vancouver, with a team of some of the best leaders in the industry. Timbre’s focus being diversity, inclusion and equity for all.Joe was born and raised in Vancouver, proud Dad to two amazing daughters, and lives with his wife on Vancouver’s West Side.Tattooed, besuited and a fan of French Bulldogs everywhere, Joe is an early adopter, coffee snob, average skier, & usually the tallest guy in the room. 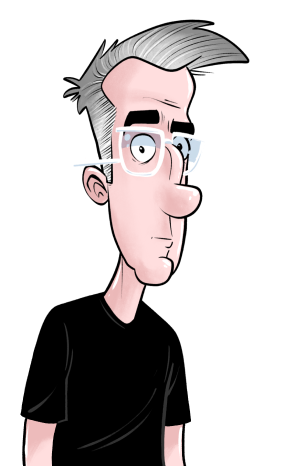 Geoff
Geoff Coates is Creative Director and Founding Partner of Timbre Games Studio. A 26 year veteran of the games industry in Vancouver, Geoff brings his experience, sense of humour and ability to form creative, collaborative teams to Timbre. Geoff holds a deep belief that the best experiences, the best stories games can tell, have yet to be told, and that Timbre is uniquely positioned to create those experiences.
Geoff’s career has given him a deep love of games, the gaming industry, and Vancouver. Working as an art director for the better part of his career, he’s worked on everything from sports titles (the Triple Play franchise for EA Sports), the entirety of the EA SSX snowboarding franchise (SSX's 1 - 5) to 1st person shooters (Turok for Propaganda Games), Wii and Nintendo 3DS titles with Next Level Games, RTS titles at Relic Entertainment (Company of Heroes, Dawn of War, unannounced title), and the 3rd person zombie killfest Deadrising 4 with Capcom.

Geoff believes that the best game development depends on effective communication and trust. His process emphasizes communication, growing and supporting a team, and setting creative parameters for artists and designers to play and explore within.A lifelong resident of Vancouver, Geoff’s the dad to two amazing, fully grown humans. He, his wife Angie, and their neurotic rescue dog Meatball live in Port Moody. They tell themselves they didn’t move there just for the dog’s sake, but they’re not fooling anyone. 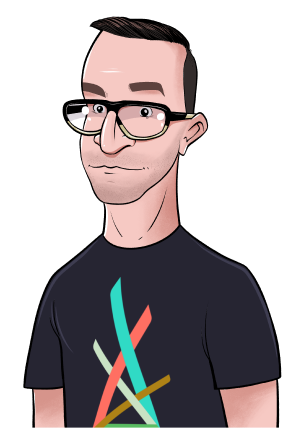 Keith
Keith Hentschel is Technical Director and Founding Partner of Timbre Games Studio. A 25 year vet of games in Vancouver, this isn’t Keith’s first Founding-Rodeo. He was also a founding member of Next Level Games way back when, as well as Relic Entertainment, even more way back-when-er. Keith brings a wealth of knowledge from his time in games, as well as outside of them, joining us from his most recent role at the Microsoft Office Media Group as a Principal Engineering Manager.
Keith’s long career has been varied, giving him experiences on consoles from the Dreamcast to the Xbox One. He’s worked on everything from beat ‘em ups to sports titles, from strategy games to shooters.

Throughout all of these experiences, Keith’s developed a passion for building systems that foster collaboration, and empower the entire team to create without limits. His goal for Timbre is to create a culture that embraces new technologies, to support the game vision and user experience.

And most importantly, Keith is a big fan of...rodents. Hamsters, rats..he doesn’t discriminate.

At Timbre, Culture drives Creative. We bring our values into the experiences we make.
New perspectives lead to new games. We believe in being a platform for new voices, creating new experiences.

So you’ve made it to the bottom of the page. Don’t worry, we’ve still got some options for things you can do.